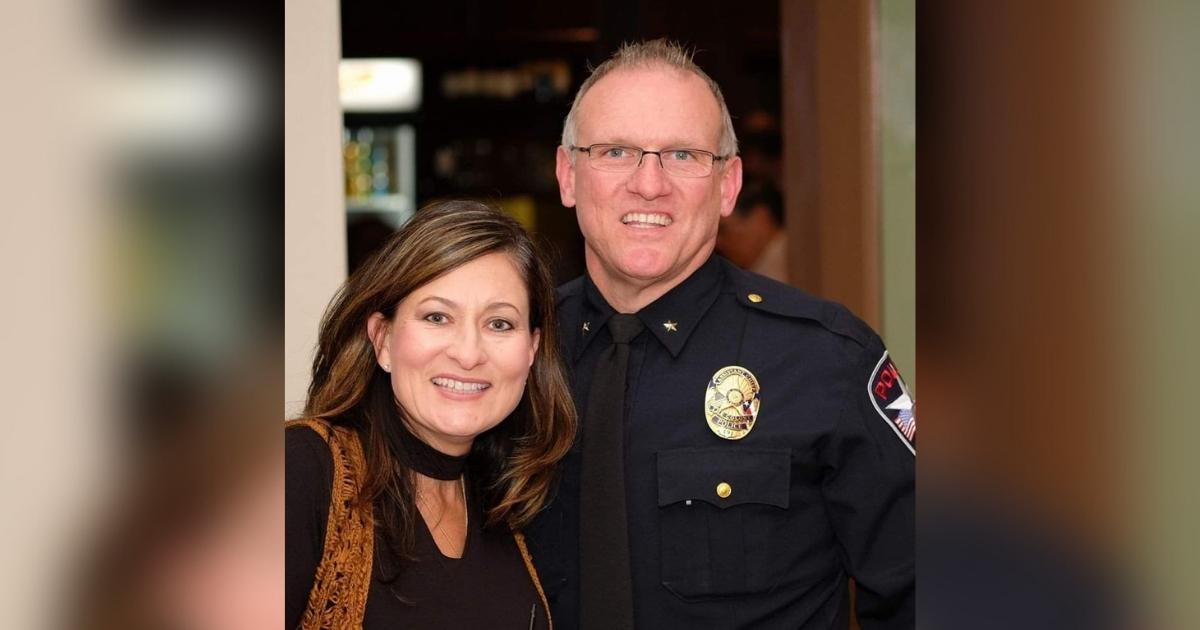 Sometimes I wonder while doing these blogs if I will become stagnant with my storytelling. I often think I won’t be able to give justice to these men and women because I might sound repetitive or similar with each one. That’s the interesting part that surprises me each and every time I sit with one of these officers. They all have different paths, moments, ups or downs, and each and every one inspires me. I get lost in what they say, and walk out feeling so proud of meeting them, and grateful for the time they gave me. I appreciate the trust they give me to share who they are behind their uniform and who they represent behind their badge. It’s intimidating to share someone’s history. But I am honored every time. In saying that, I can’t wait to tell this next story.

The first day I met Chief Chandler of the Murphy Police Department I was interviewing someone else and was introduced to him. I reached out my hand and immediately gave him respect and honored his title by saying “It is very nice to meet you Chief, congratulations on your new position!” His response was humble, saying “Oh, call me Chris! And it is very nice to meet you as well.” He was just so friendly and warm within his energy that I jumped on the chance to perhaps interview him as well. He graciously extended his card, and I am very happy he did because he is anything but ordinary.

Chief Chandler is a new Chief to the Murphy Police Department. He was previously Assistant Chief at The Colony Police Department since 2013. He had nothing but praises to sing about the people who he worked with there, and the department itself, but was ready for his next chapter at Murphy.

Chris has long since dedicated his service to the badge, and has been an officer since December 1989. He found interest one day while talking with his cousin, who was an officer at the time, and decided to pursue the same career. He proudly stated he has never been alone in his journey because he has been with his high school sweetheart the entire time. His love for his wife was highly obvious when sharing his 36 years of marriage and 38 years of dedication to his lovely bride. It was a nice little love-story addition to my day.

During their relationship, his wife had earned a full-ride scholarship to college. They decided she would go to school full time, while he would focus on just working. Hence, the beginning of his career within law enforcement. He began working as a patrol officer from 1989-1993 and was promoted to Sergeant where he served in Houston until 1996. During that time, his boss became the new Police Chief of The Colony. Well, that Chief invited him along for the ride!

At that time, Chris and his wife had never heard of The Colony and had never visited Dallas, but when they did, they fell in love with it. They decided it was time to leave Houston and try something new.

Now, let me pause for a minute in that part of the story.

Chris and his wife married, and they were clearly a united team. But their team only got bigger. They had three sons. Three police officer sons to say the least. Now, let me tell you, Chris lit up when speaking about his wife, so just add glitter to the picture and imagine him talking about his sons. This man is very proud of his family, as he should be. They are all close to him in surrounding areas and now he has little grandkids to celebrate as well. He also went back to school while juggling life, family commitments, work, coaching, and kids. He took it one day at a time and graduated college in 2012. (Sheesh, I got tired typing all those duties!)

Now back to the badge.

I do love hearing about the beautiful parts in their stories, but I also ask the harder questions that aren’t as pretty. I often want to keep my stories light, but there are things these men and women have to see that are beyond my mind’s capacity. It’s important for me, and anyone else, to hear the unpretty parts, and the things they have, at times, endured.

I asked about the tough days, and the moments that had him questioning his decision to become an officer. He shared with me two moments. There was a day where he was called to a scene, and a shooting occurred. Chris had to make a quick decision to protect a 72-year-old man that was beaten by his 40ish-year-old son. He told me that training is everything, and it will protect and help someone so much in those times of chaos. He cannot emphasize training enough, because you have to be confident in the decisions you have to make. Chris had to shoot during self defense, yet the son survived and thereafter went to prison. The elderly, beaten man lived on. It was the only time in his career where he had to fire and impact, but from it stemmed a memory while sharing it with me.

“If you help just one person in your whole career you will remember that person forever…There are not so beautiful days sometimes, and there are moments that could impact your mentality...But sometimes there is something greater, and brighter around the corner. The older man that was involved in the shooting, and was beaten, had a 15-year-old grand-daughter (from the son involved). About a year after that incident, she searched for me, and she found me. She came and thanked me for protecting him, and I’ll never forget it.”

The second day he shared was about a two-year-old left in the car. He said he still can see his face and will never forget him. Now I’m sure you felt the same thing as me and I won’t go into depth of what he shared. I’m sure that is uncomfortable to read and it was very heartbreaking to hear. So, I can’t imagine being the one to see it. Everyone is a mother, father, daughter, son, or sibling, and we all can empathize with the pain that comes with that story and image. But it brings to light a huge issue that Chris is very aware of. Mental Health. It is very hard for officers, dispatchers, and first responders to deal with those moments when they leave the job. They can become very jaded, stressed, and lonely, because not many want to hear about things like that.

“Mental health needs to be talked about. Made into less of a stigma that it’s a negative thing. It’s ok, and we should have the freedom to speak up freely. My people have the freedom to speak up, and talk about it as much as they need. There is an open-door policy on talking. There is absolutely no shame in it, and I encourage the talk. If someone has to step away, then do it…and come back to work when you are ok.”

Being a father, and a grandfather, and just, at the end of the day, a human…it hits home with him, as it should anyone. So, I commend him on recognizing the need for mental health awareness.

He did share how important it is to have a good support system as a structure within one’s life to deal with the hard parts…whether it be family or friends.

He said, “I have great friends in the force, but my best friend isn’t a police officer. He keeps me grounded. He keeps me from being jaded by just having him as a friend.”

I think the honesty and vulnerability behind certain moments are just as necessary as the good parts of someone’s history. It exposes a truth behind moments that could make or break you, or could use you as well as build you to become an example to benefit others. I’m happy he is choosing the latter mindset, as I’m sure others are as well.

Chris spoke and emphasized that:

“It is hard to deal with at times, but I’d like to think God placed me here to help others, even on the hard days…”

Chief Chandler did receive a Medal of Valor for the incident with the elderly man, and uses his position to do things within his community. He considers going out in the community as a high priority as well as doing things that show support for others. Every May for ten years, Chris and his wife ride their bikes to honor fallen officers and remember survivors during police week for Team Texas. They ride all the way from Raleigh to Washington DC for Law Enforcement United based out of Chesapeake Virginia.

“We get our legitimacy from the community. Without the community we don’t succeed. We are here to serve them.”

I really enjoyed speaking with Chief Chandler, and hearing such raw and heartfelt stories. I truly admire someone who has such a clear passion for their job, as well as such a transparent love for his family, friends, community and staff.

Thank you, and yours for all you do, the people you serve…and the dedication that you show every day. 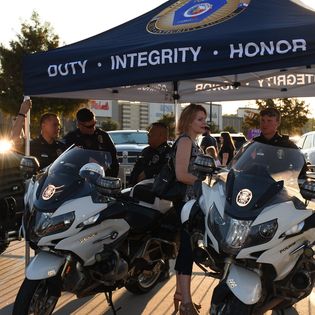 Resources
3 Next Steps after National Night Out 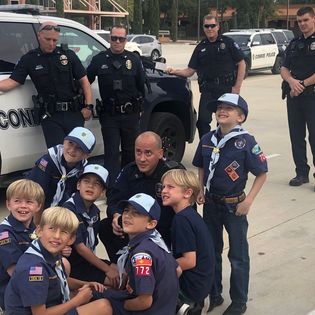 Resources
National Night Out 2022: Connecting with Your Community 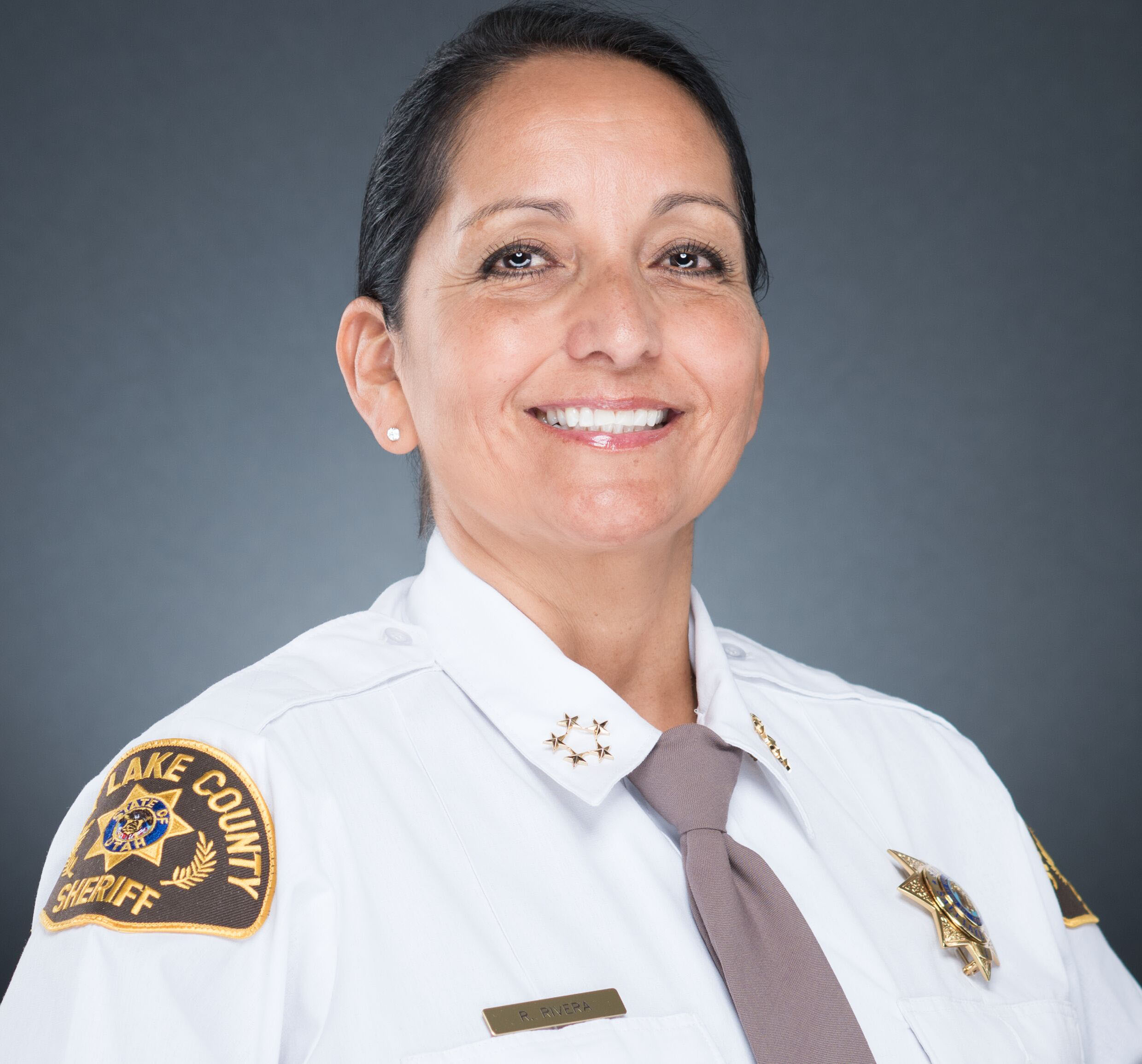 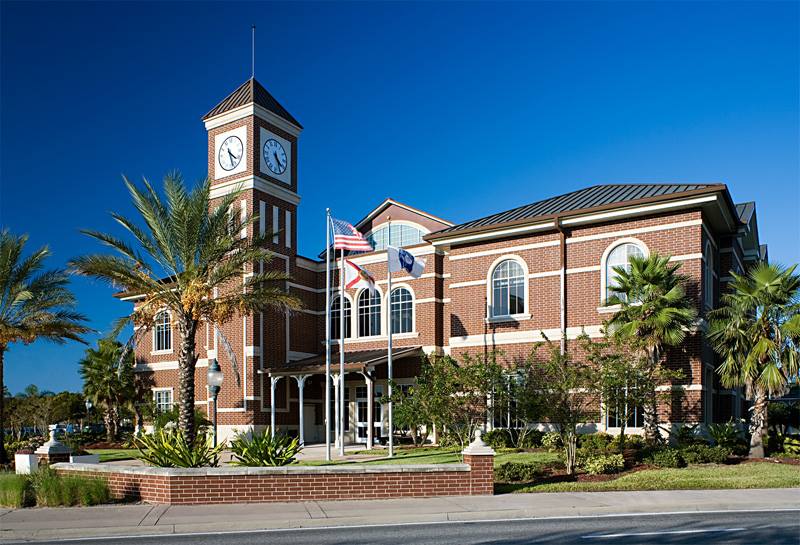 Resources
Pinellas Park Police Department: Community Redevelopment and Policing
You may also like.... 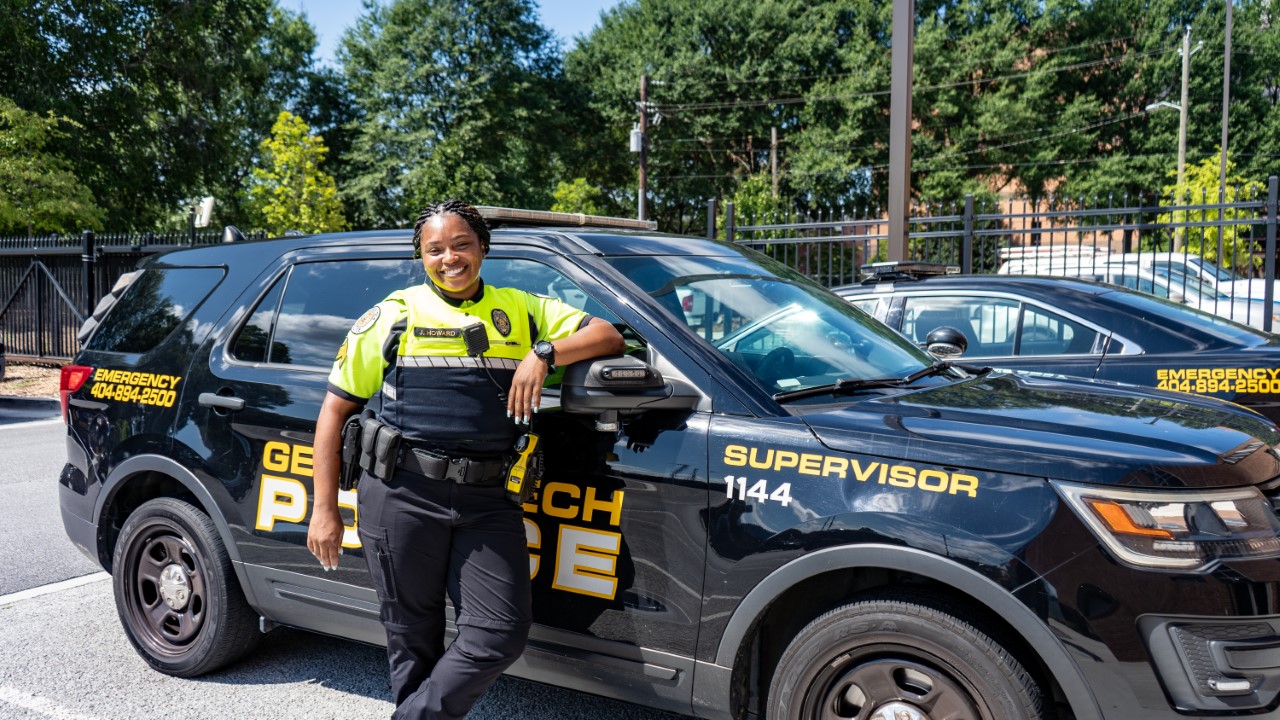 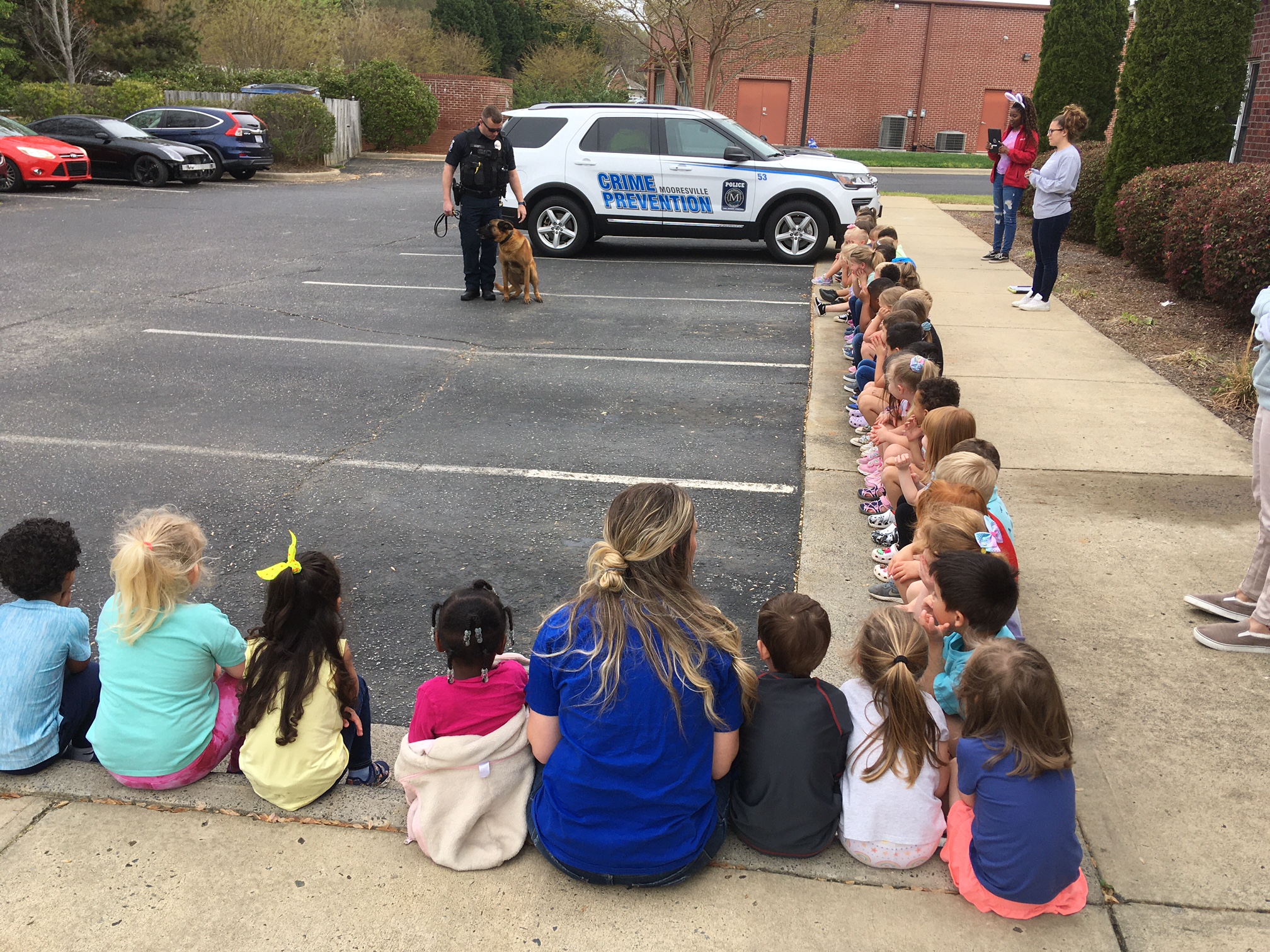 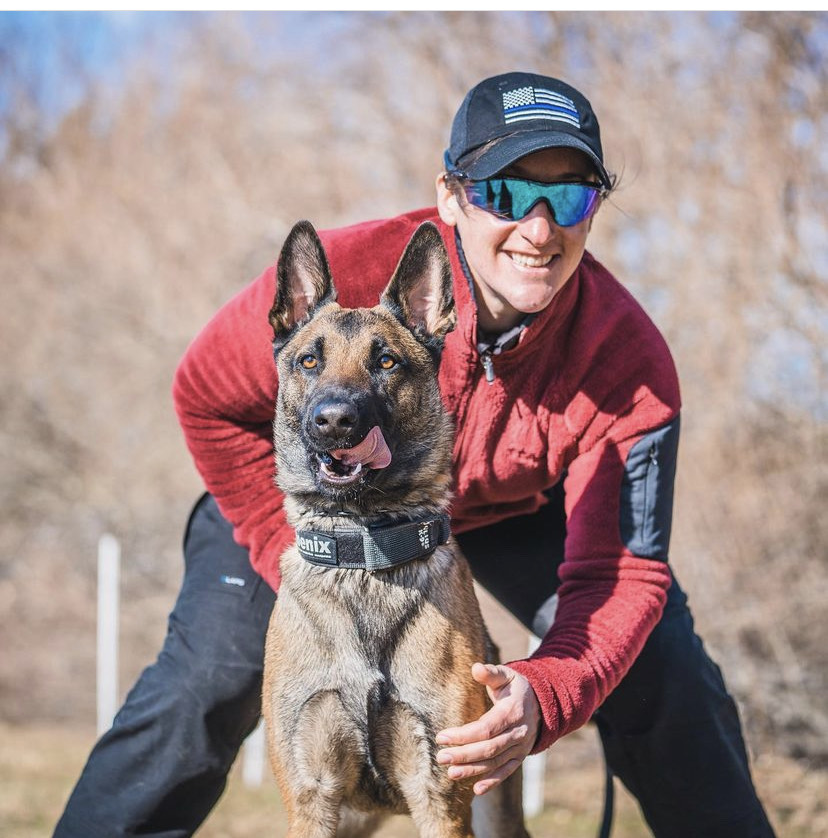 3 Next Steps after National Night Out

National Night Out 2022: Connecting with Your Community